Nostalgia and food is the best combination. My father and my grand uncle, in the 90s, used to head over to Puchong for some weekend fishing. Back in those days, Puchong was a mere palm estate and dirt roads with rickety wooden bridges. Old school wooden houses and small family stalls would open early in the day for the village breakfast. 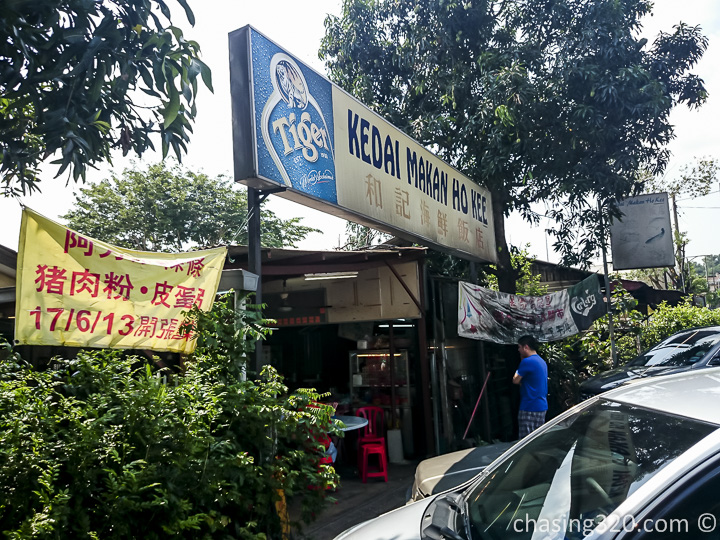 Fast forward to 2014 and everything has evolves. The fast pace of globalization has left many of these heritage shops to retire and pass with the times. Younger generations prefer a day’s work in offices and are also encouraged to do better than their parents, mere stall owners. 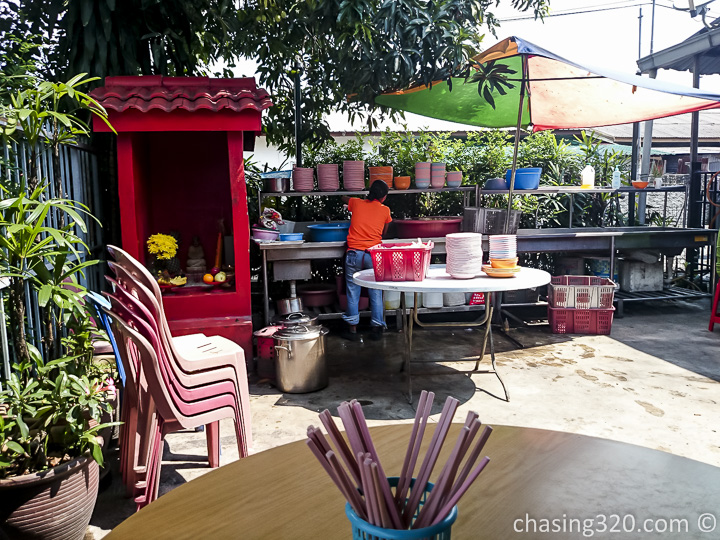 We arrived around 11am and the food was mostly finished. The last few strips of char siew and only kampung chicken wings. 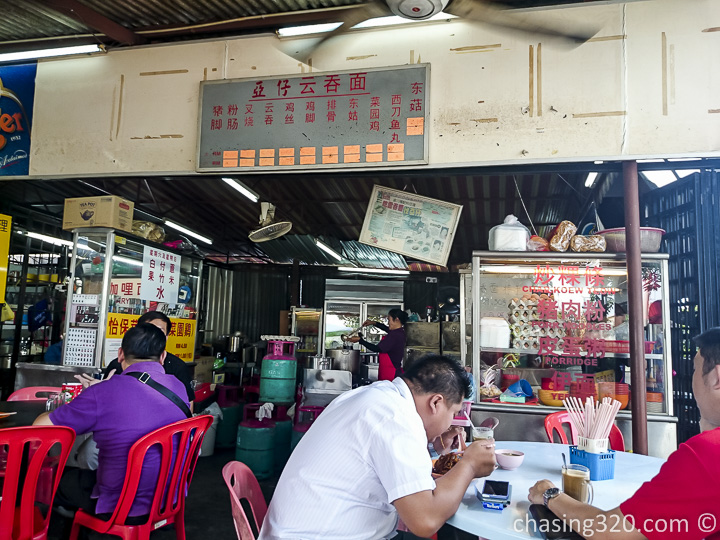 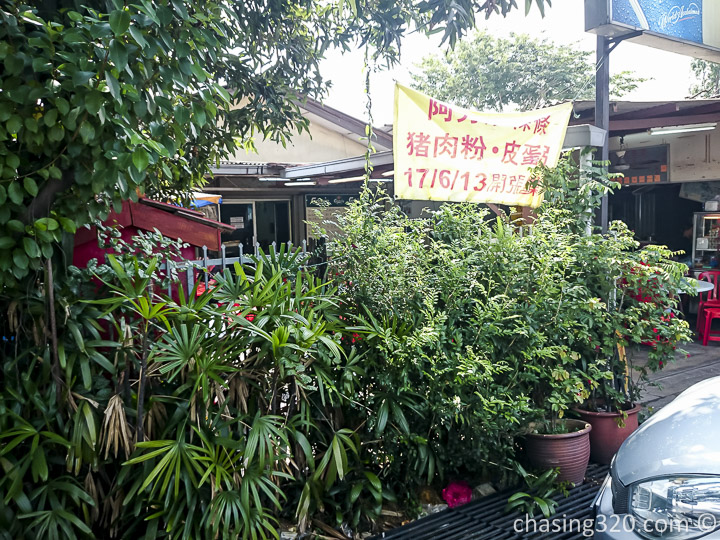 Dad ordered and this dish was put the to test. 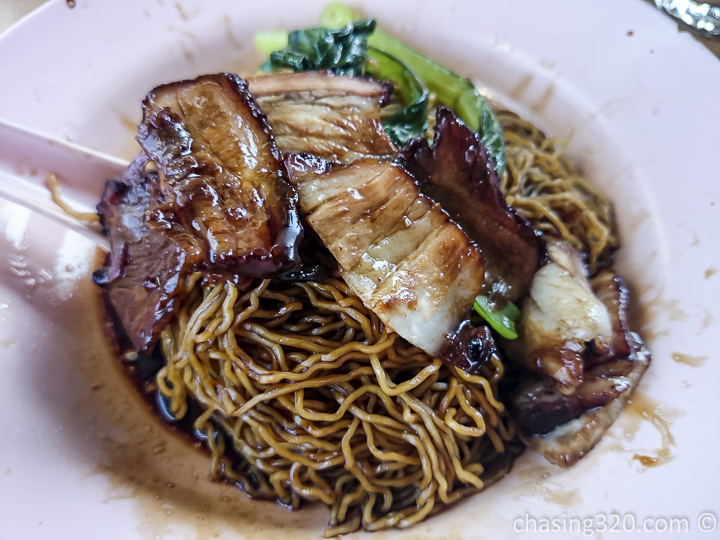 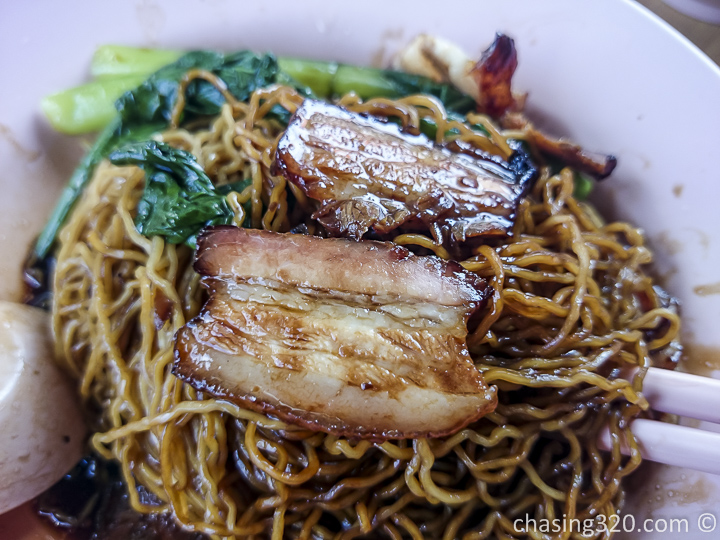 The char siew was greasy and oily but complemented the dish. So bad (for health) yet so good.

The noodles were finer and springy. There was no confectionery taste in the noodles where you get a slight boric acid taste. This is a criteria for wan tan noodles : No boric acid and well cleaned noodles.

My father was looking for the taste of the 90s in this dish.

The dumplings were straight forward and the unique thing about this is the herbs used in the broth. There is dong quai in the broth and it gives a kick. 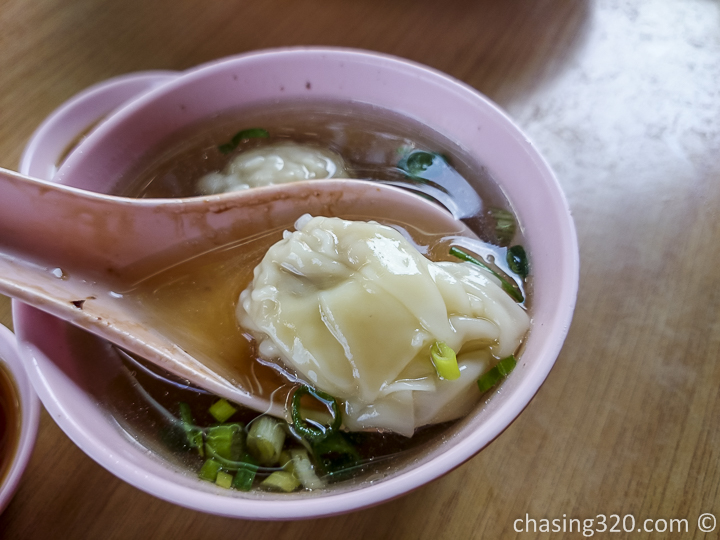 I ordered iced milk tea for the hot morning. 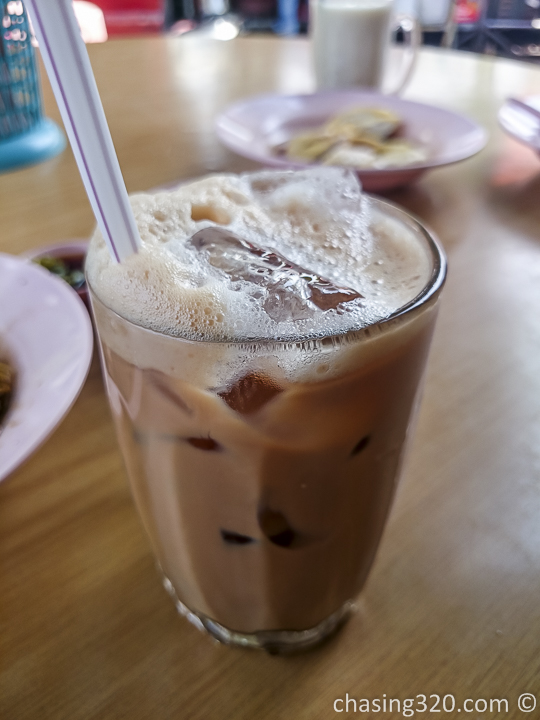 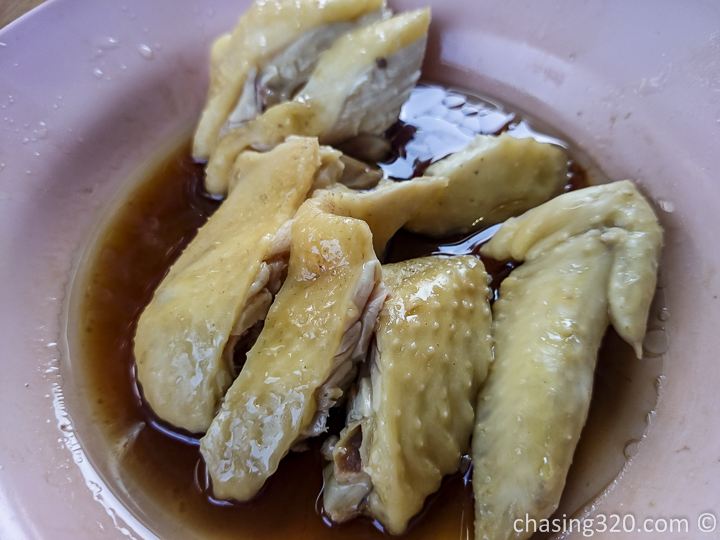 The chicken wings were surprisingly very well flavored. The soy sauce dressing was perfection and would complement any rice or noodles. 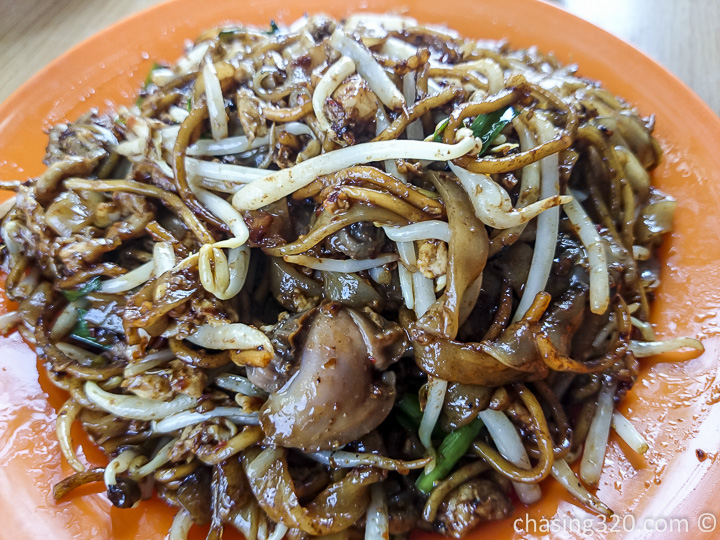 My dad and I shared a fried noodles too and this was more down to earth normal. I had to whip some soy sauce from the chicken to add flavor to it..

The verdict was……the taste has not changed since the 90s. My dad was happy to have experienced nostalgia and the heritage food.  The uncle who used to serve these noodles back in the day just collects money. His son now runs the shop.  Price ranges from RM4.50 to RM6 depending on what you order. 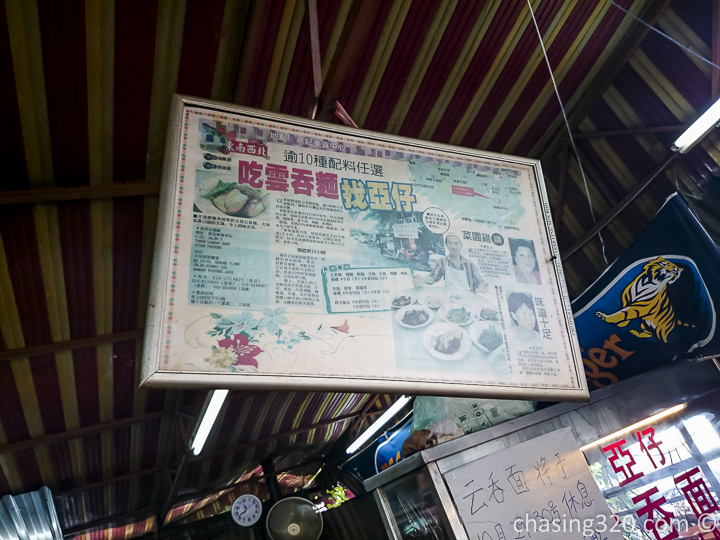 You will have to arrive early and for KL people, an early 9am at the latest to not miss out. 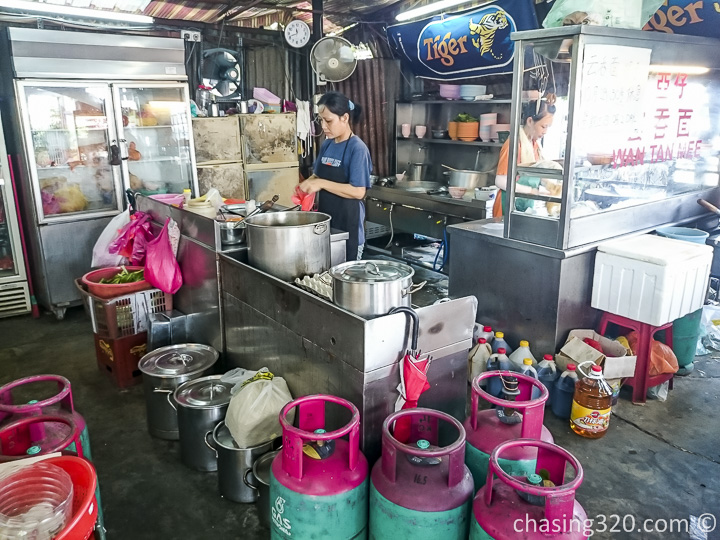 Wake up earlier and head back to the 90s in this quaint stall, nestled amongst old wooden houses in an older part of Puchong. 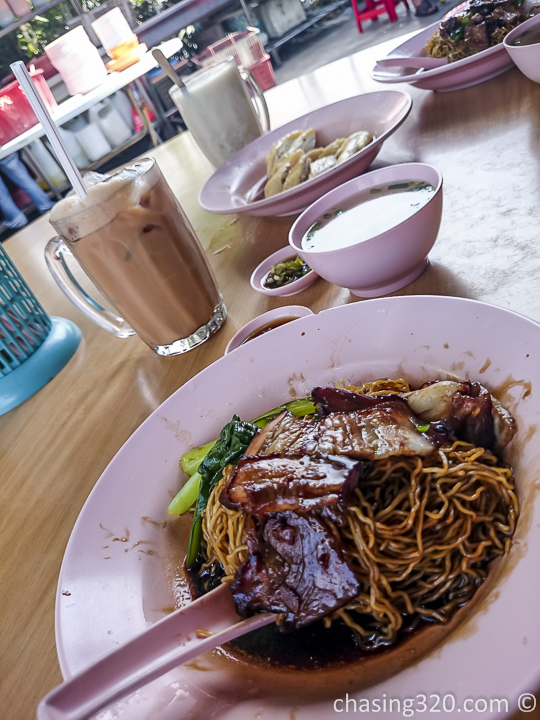 Head to Jln 3 off Jln Puchong. As you turn here, the shop is on your right. Restoran Makan Ho Kee.

Starts at 630am and probably runs out before lunch.