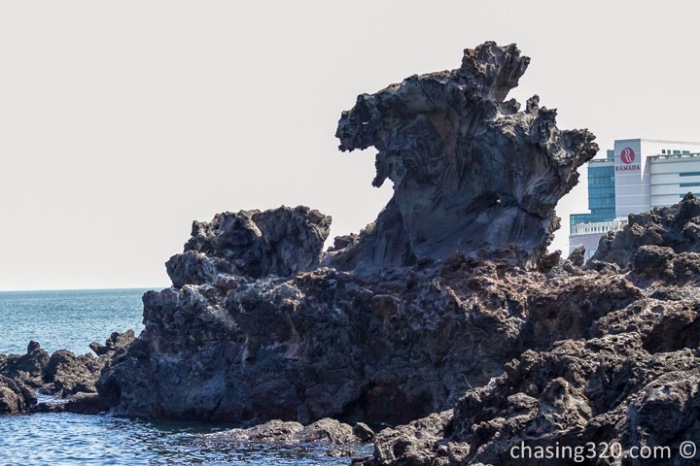 Known as the Dragon Head rock, as you walk down  you won;t see it much. Walk all the way down and when you face it properly, it you see a natural beauty meeting the powerful imagination of humans.

Situated to the north of Jeju City, Yongduam was created by strong winds and waves over thousands of years. One legend has it that a dragon stealing precious jade from Mt. Halla was shot down by an arrow from the mountain deity. When he fell down on Yongduam, his body immediately sank into the ocean and his head rapidly froze looking at the sky. Another legend has it that a white horse, who dreamed of being a dragon and ascending to the sky, came to be caught by a soldier and froze into the rock. [http://english.visitkorea.or.kr/enu/SI/SI_EN_3_1_1_1.jsp?cid=264184] 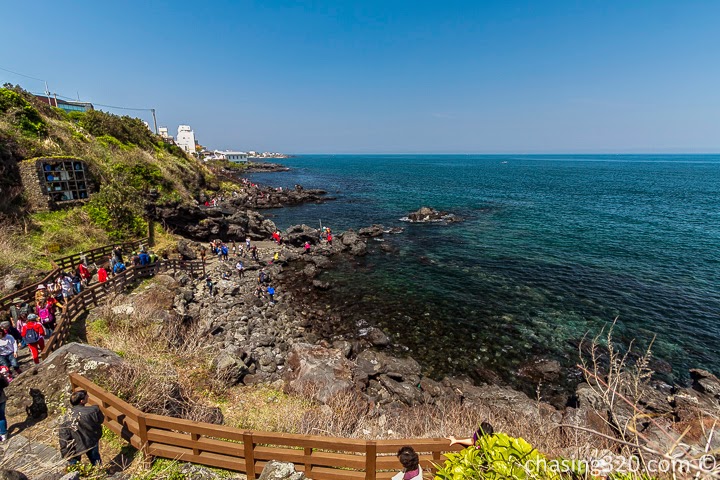 Take this trail down. You are aiming to get to the bottom. 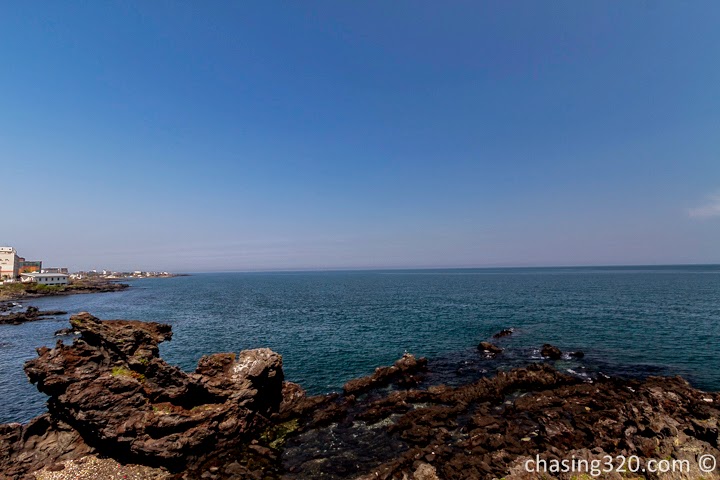 Still not much yet. 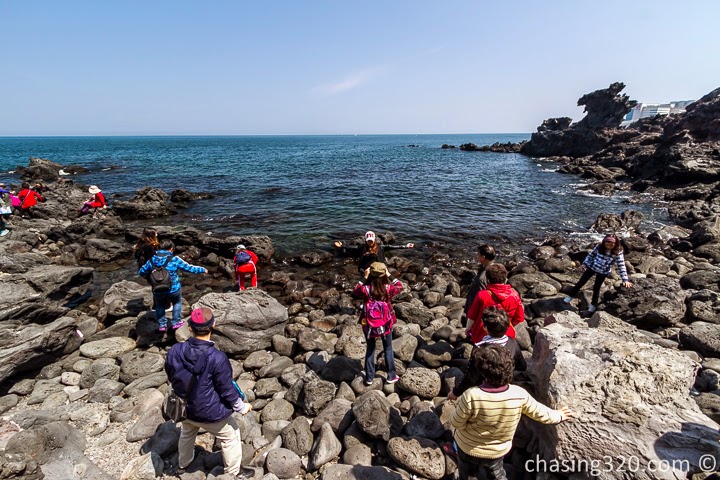 Something is starting to take shape. 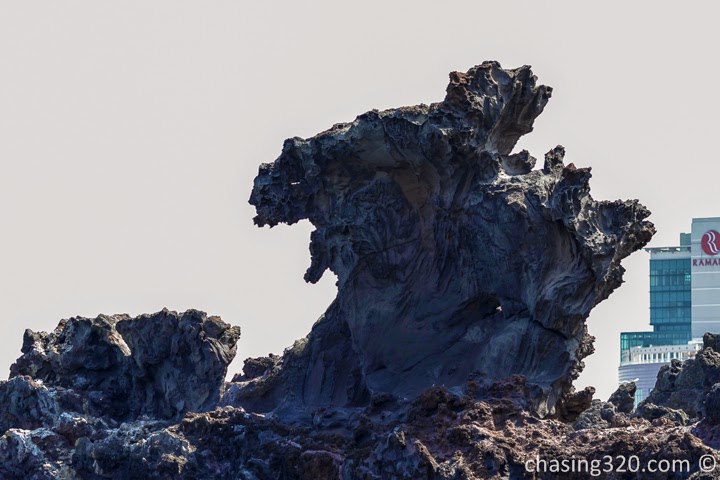 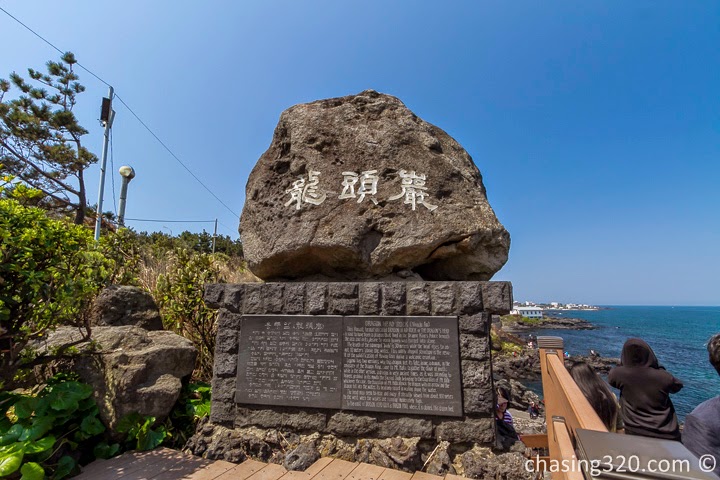 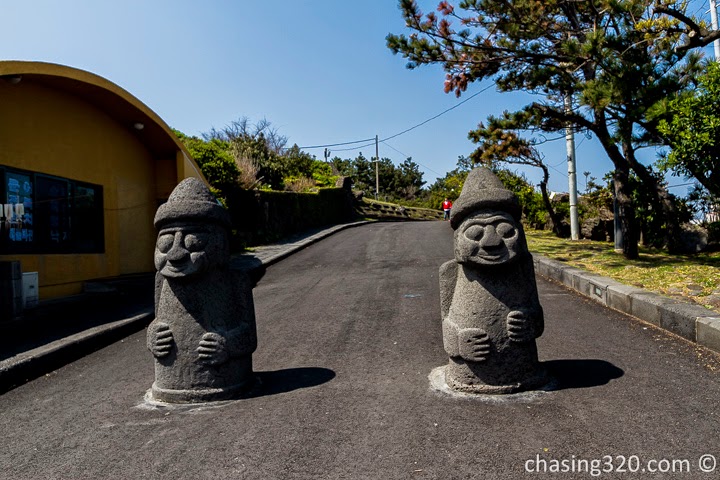 YongDuam rock is best planned for when you are leaving. Get an afternoon flight which allows you some time to explore Jeju city a bit before heading to the airport.