When in Seoul, take a walk by the stream that cuts thru Seoul.

I would recommend taking this walk at night as you can see the stream light up to the illumination of the night.

Do not worry about safety as I did see patrols and a large number of people use it rather than walking the streets above. 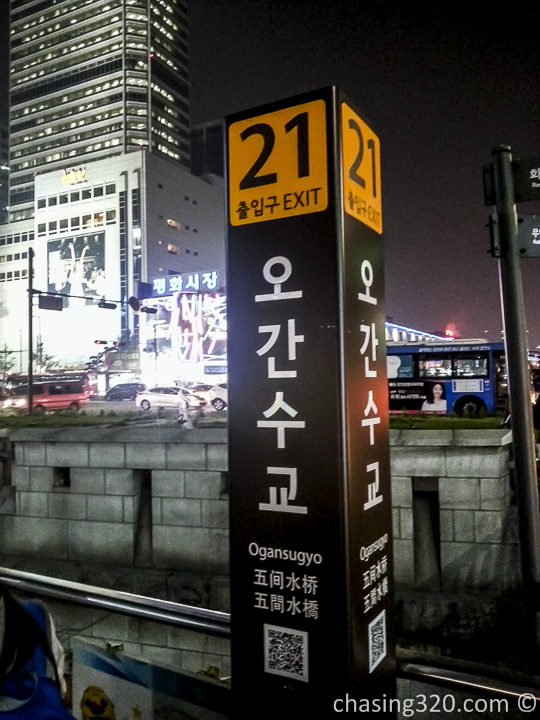 Once you see these exit signs, head down the stairs that will bring you to stream level.

Opened after restoration projects completed in 2005, the stream has been a success and plays its role as a recreational location. 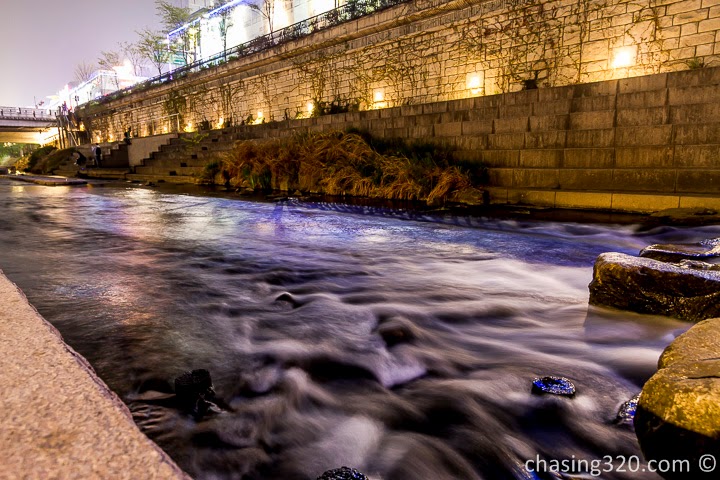 You can find joggers and skate boarders along the stream and all under the watchful eye of police patrols along the entire 10km stretch.

Some areas under bridges are used for art.

This is the start of Chungyecheon Stream on the edges of Gwanghwamun Square.

At the start of the stream, you will get a beautiful illumination. Grab your photos and then head up top.

Walk a bit and meet  Admiral Yi Sun Sin and King Sejong. Walk to the end and  you will see the entrance to the palace. This entire walk is a long one and I’d say 2 hours if you are a slow walker.

Take your time and enjoy Seoul. No rush.

This is Admiral Yi Sun Sin, a great admiral and warrior who won great victories against the Japanese in the Imjin War during the Joseon Dynasty.

This is King Sejong The Great, known for his reinforcement of Confucian values in the dynasty.

His rule oversaw the creation of the Hangul, the Korean language used today.

Sejong The Great also encouraged scientific and technological advancement. One of his main goals was to help farmers with technology and to create a farmer’s handbook. 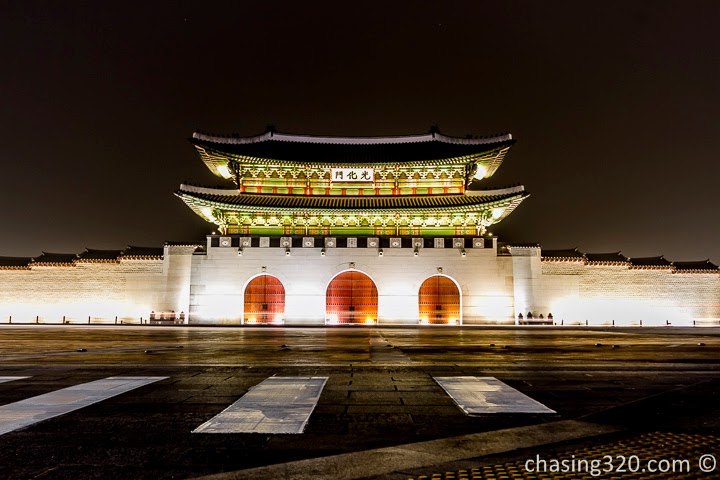 At the end of Gwanghwamun Square is the entrance to Gyeongbokgung.

This is the main palace in the heart of Seoul.

This was going to be an adventure for the next day as we turned around and returned underground to the Metro.

We did meet Haechi, the symbol of Korea. Haechi looks like a tiger but with scales and a much cuter round face.

It is a mythical creature that represents justice and integrity.