Okay, before we all get excited, we actually stopped by in Batu Kikir, a small town with paddy plantations. Dad and I went thru the plantations to explore. 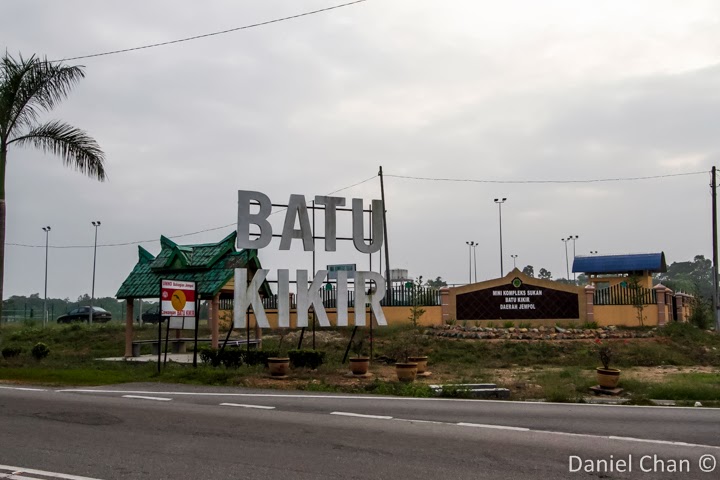 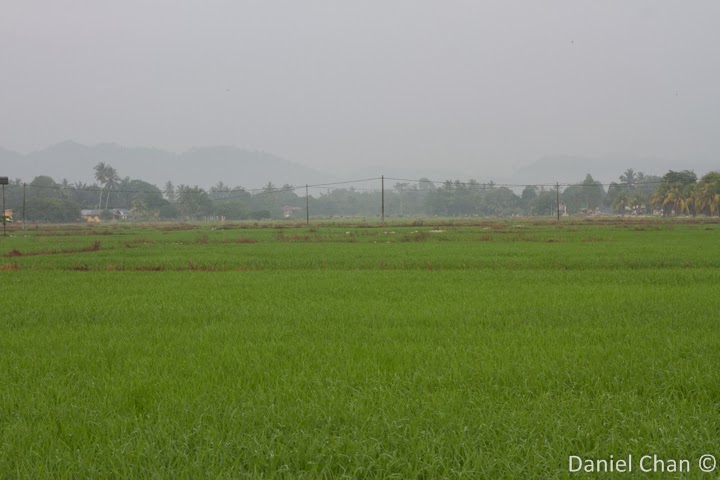 It was overcast but that has never stopped me from taking photos. 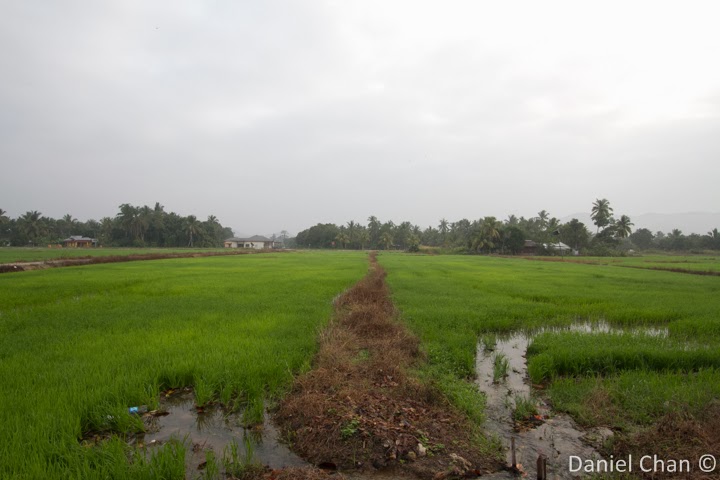 It is quite strange that a city boy like me, has spent a lot of time in these fields running and taking photos thru the years. 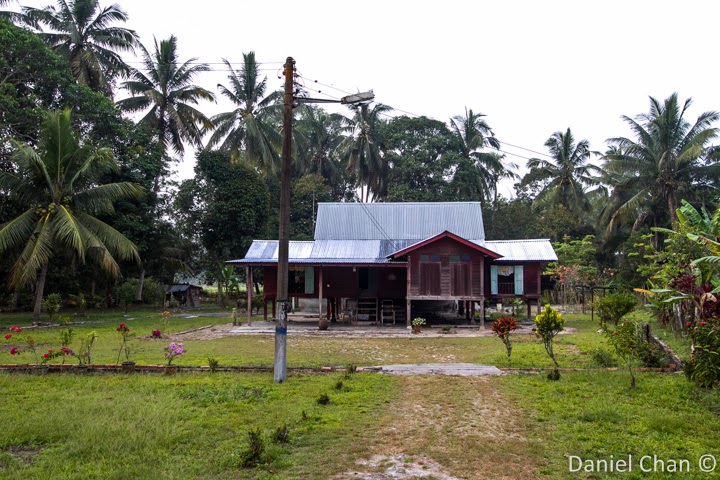 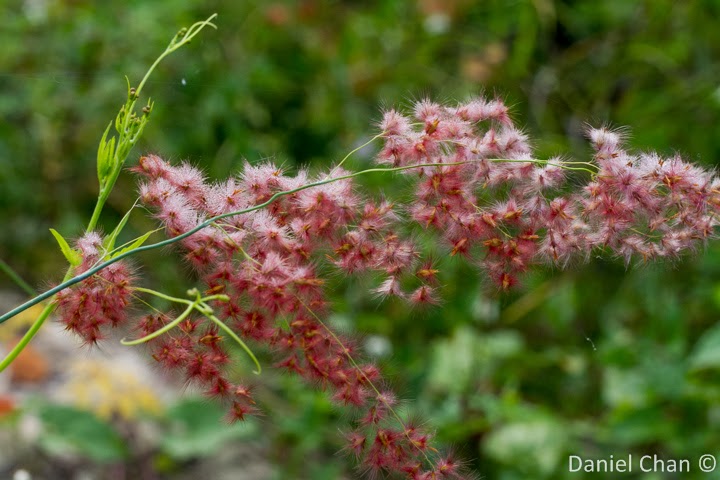 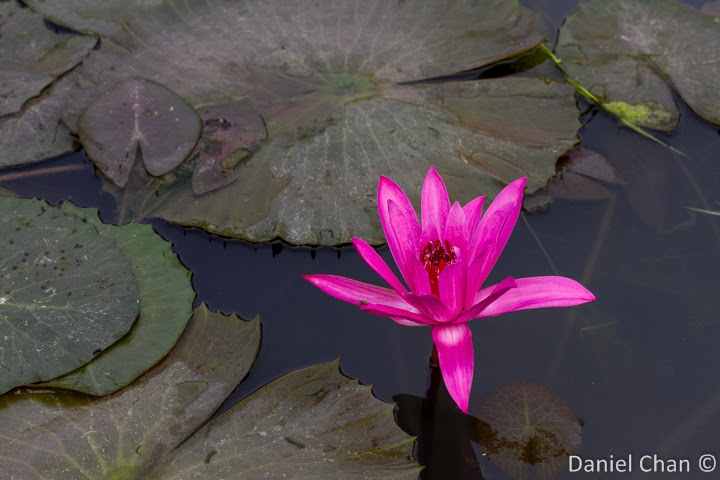 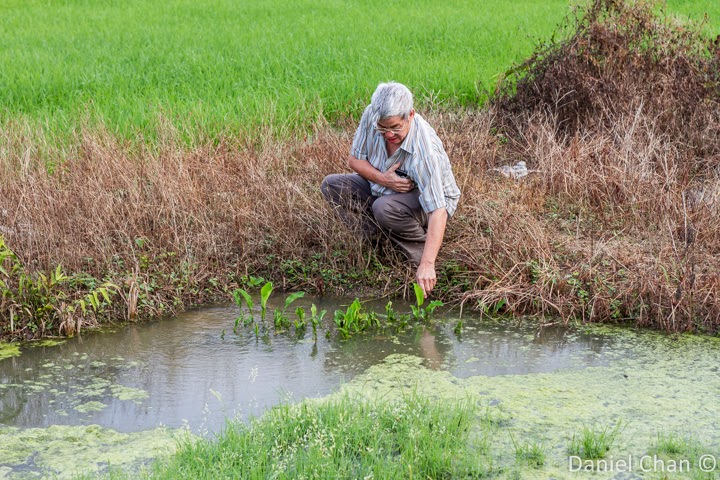 Dad wanted to get some plants for his aquarium back home. 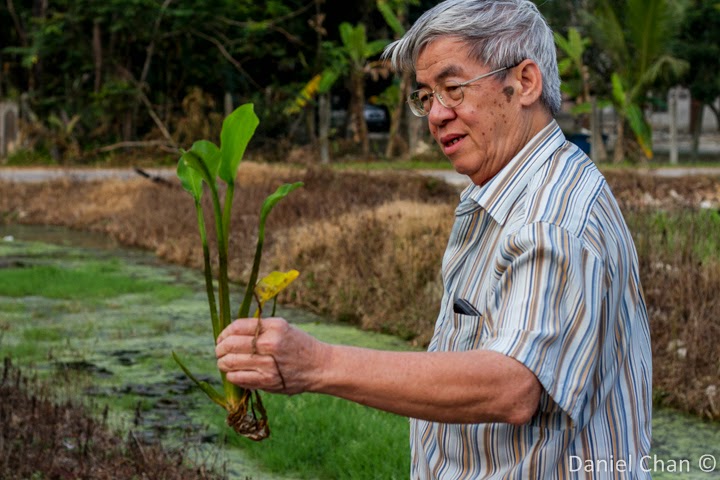 Okay, on to Bahau. 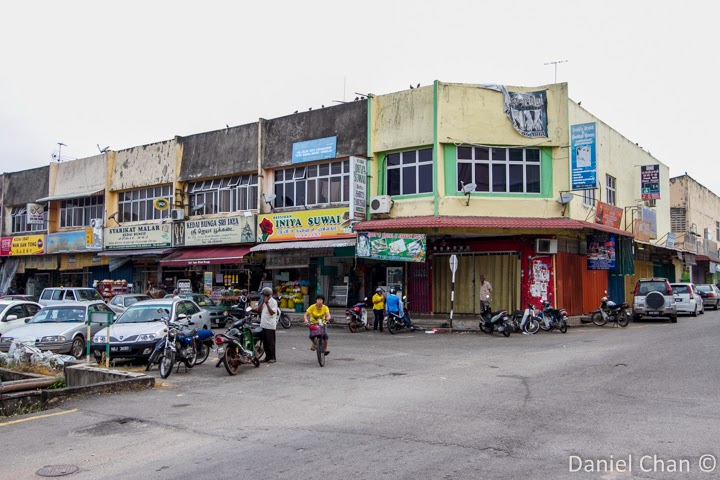 As many typical small towns, you find life near the market. Our sense of adventure made us stop here again. It was 9am. The town was awake.

We spotted a durian stall. As a seasoned traveller, my Dad did not have much problems connecting with strangers. Stories started pouring out from this durian seller. He used to work in the timber business ( just like my Dad). He then went on to drive a taxi for a living and he started buying small plots of land scattered in Bahau to plant durians. The durians were dropping quickly this year and he had to push his durians before they spoil.

Dad and I are durian lovers and we started eating by this road side. At Rm6 per kilogram, it was a bargain. Udang merah! 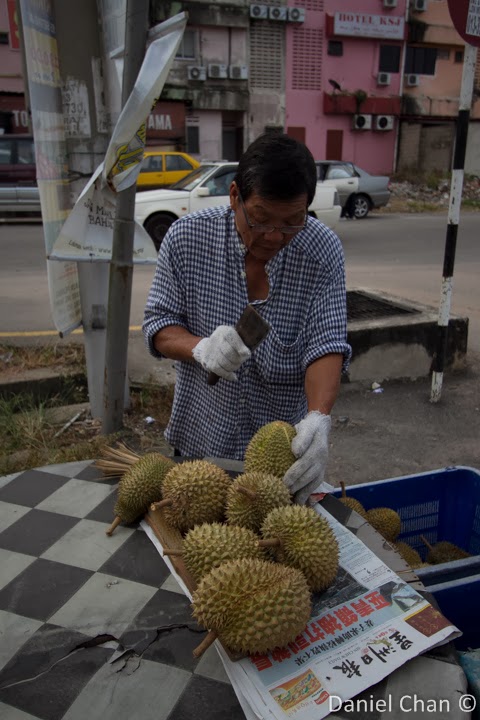 We started ordering durians. For me, the price was too cheap and the quality too good to pass up. 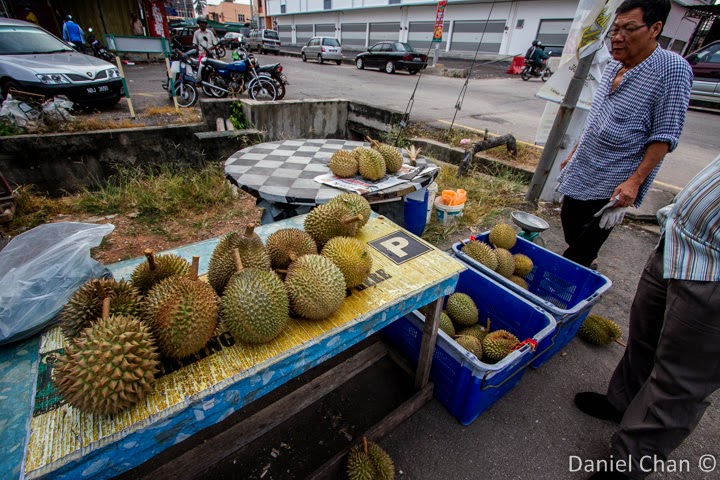 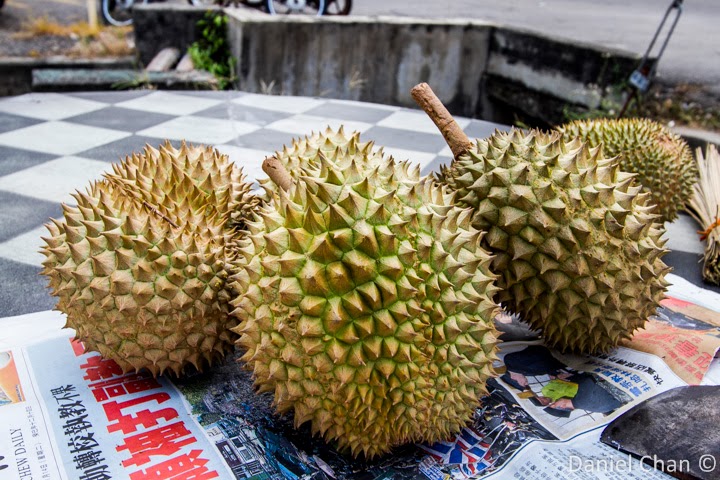 Feel free to call the Uncle’s nephew Po. Uncle said that he was old and that he has trouble picking up a small mobile phone. 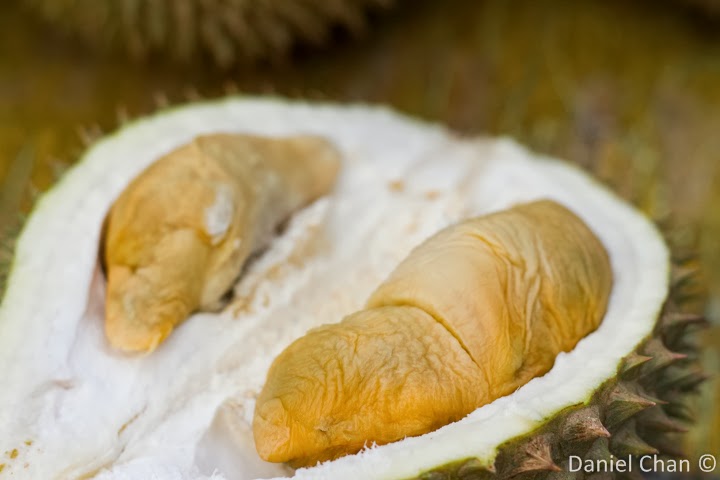 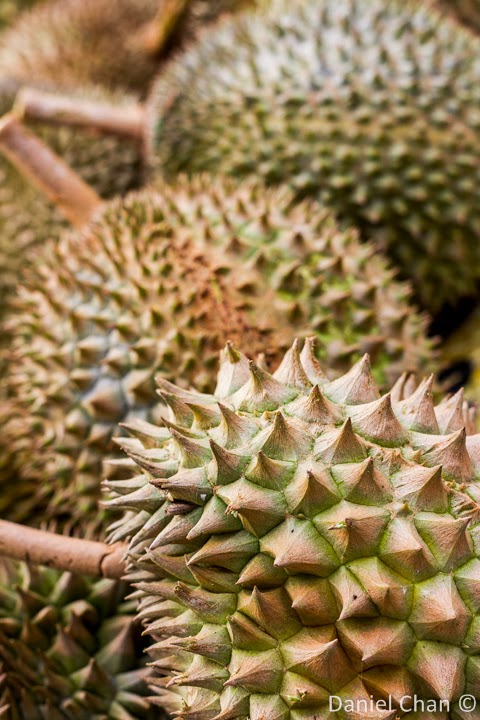 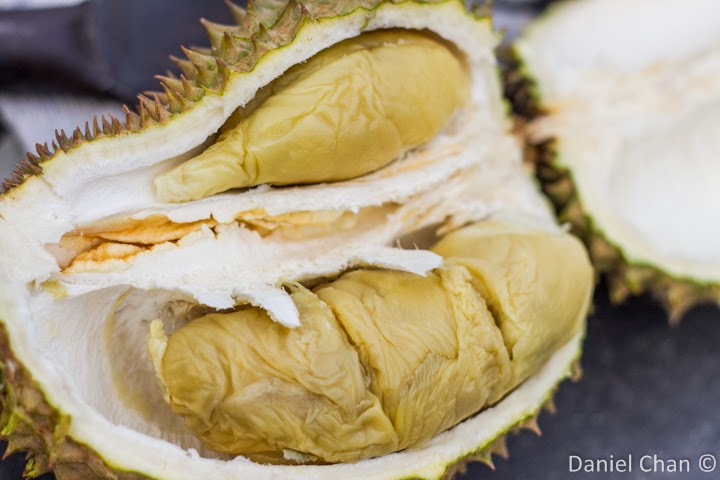 Bamboo leg. It was not too bad. It definitely was not the best but it is serious tough to find good Bamboo leg durians. Rm12 per kilogram. 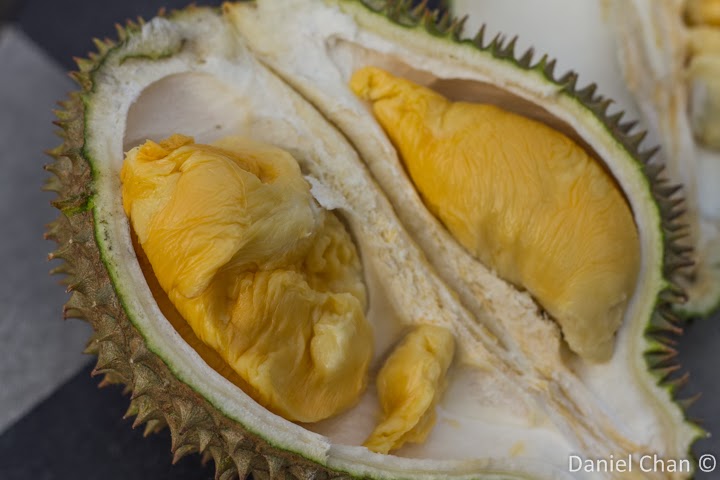 Another udang merah above. 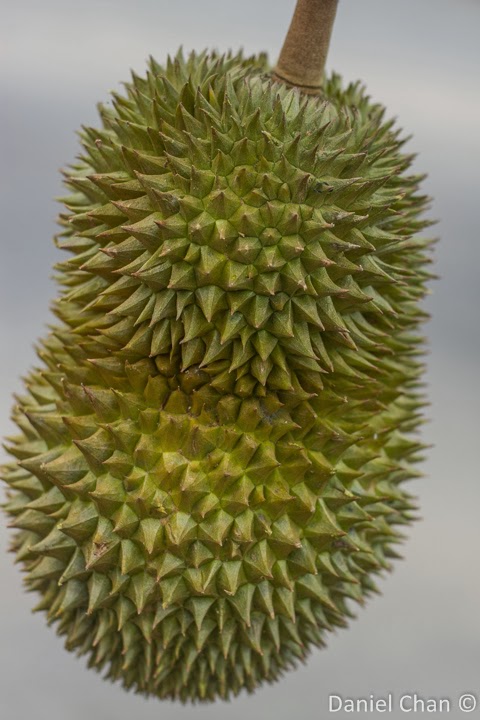 We stumbled on a different type of durian. It is shaped like a water gourd hence the chiense name of 葫蘆.

The flavour is a mix of bitter and sweet. Tough to explain. Just ask for them if you get the chance. 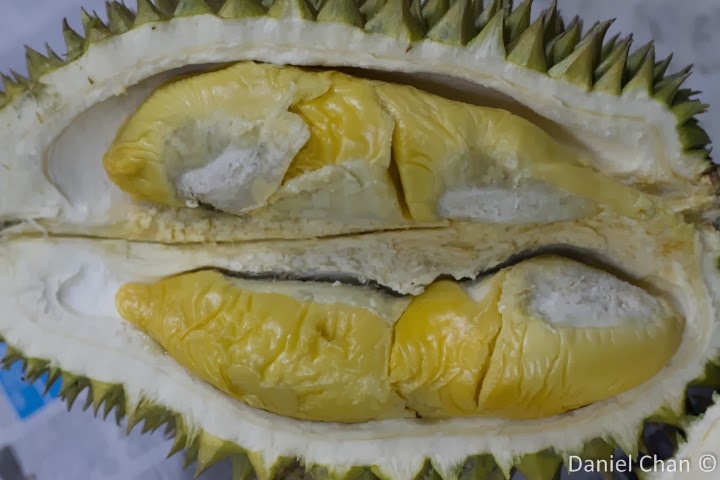 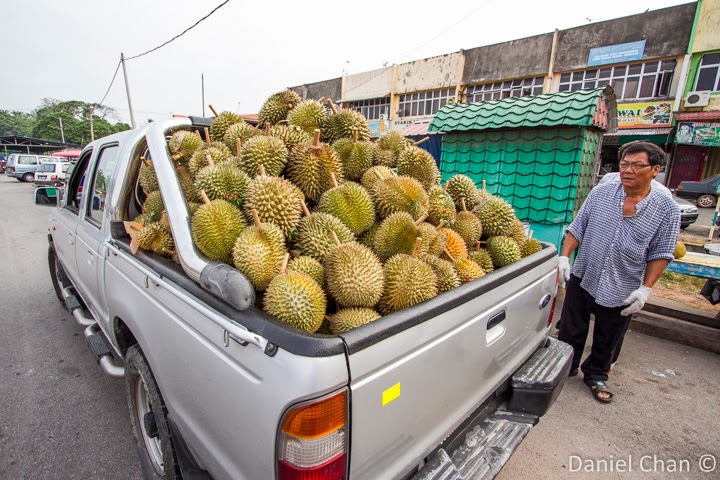 Po arrived later with a truck load. The rush to sell and offload goes on. Can I buy the car? 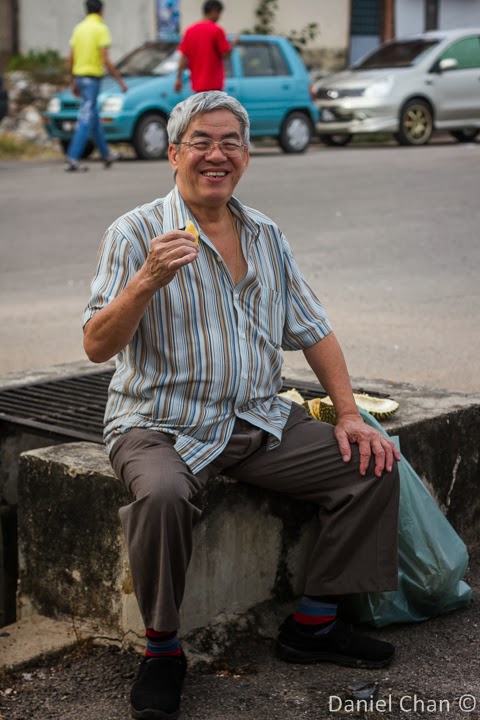 My father and I sit here enjoying the country life. It has been a while since I have seen my father so joyous. 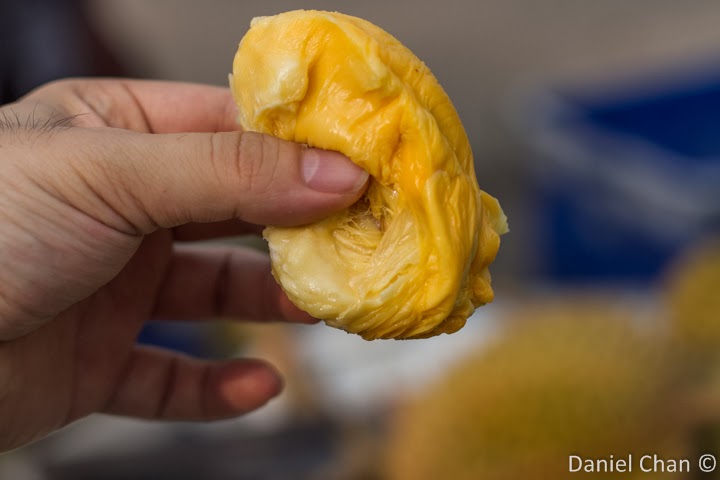 If you pay attention, I am actually squeezing the durian seed. The seed is really small. AA grade durians! 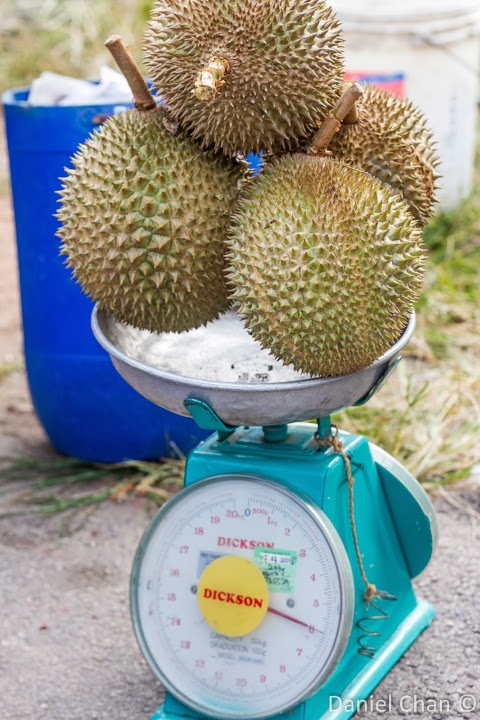 We went to the other side of the market in hunt for udang galah. We wanted to buy them in case there were none in Rompin. Most tell us that the udang galah has reduced thru the years and have been over-fished.

We stumbled on a bird arena where enthusiast bring their birds to sing and also to compete in bird fights. 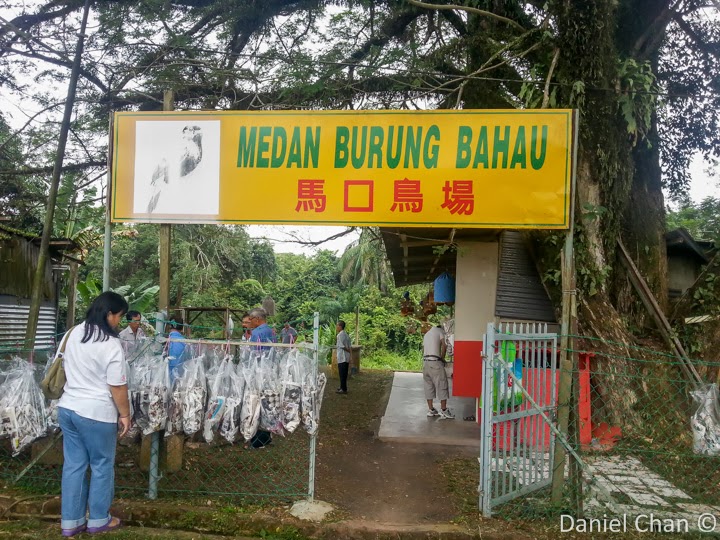 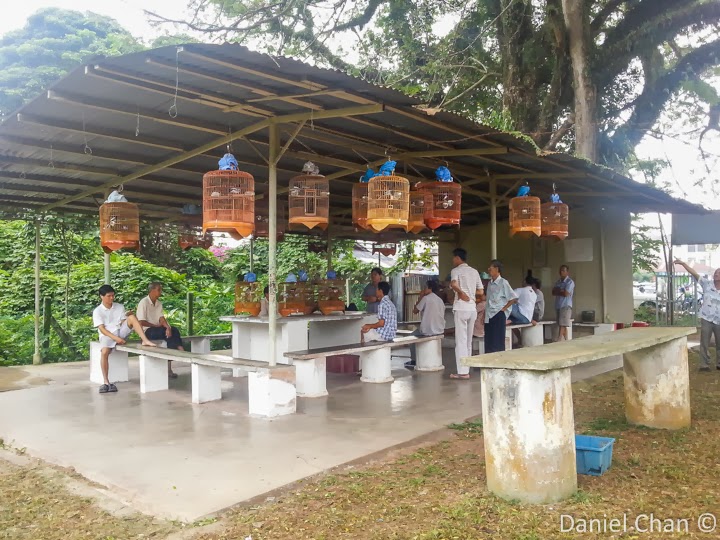 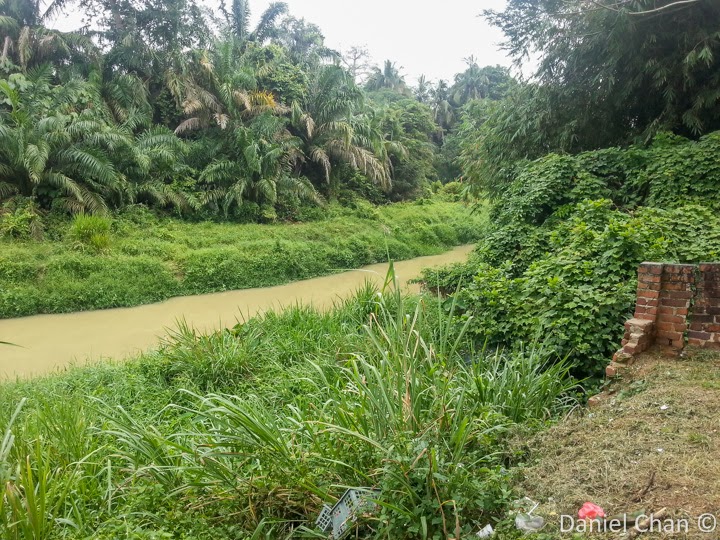 Watch the bird fight here. They do not fight to their deaths. They just compete and one will usually concede.  He then gets to rest with a cover over his cage. 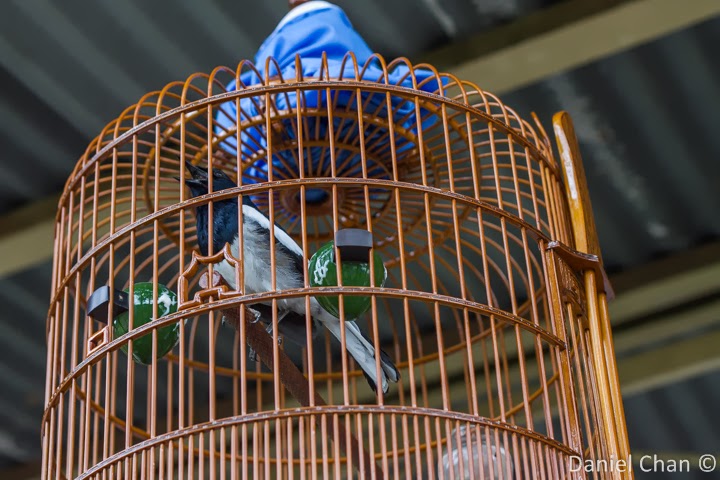 We had spent 2 hours here in Bahau. Enjoying durians and bird fights.

Onwards to Rompin! It is already 11am.

Again, if you want to get durians, look for Po in Bahau.

On a different note, the evening on our way back, we came back and bought more durians! The whole Toyota Prado was filled with durians.